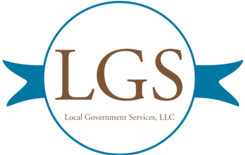 Assisting cities and counties since 2002

Many cities will soon begin their annual budget process and will face how they can maintain or lower their current level of taxes while continuing to maintain the expected level of service residents expect. During this difficult balancing act one of the most important resources a local government has that can help them balance a budget or tackle a revenue shortfall is often overlooked and that is revenue or franchise fees paid by private companies’ for use of the public rights of ways. Franchise fees are considered a cost of doing business and having access or use of the public rights of ways is considered a cost of doing business.

One of the most under-monitored revenue streams is local cable and video service franchises. Without regular reviews of the accuracy of franchise fees incurred, collected, and remitted to cities in accordance with a city’s franchise or a state-issued franchise, can result in a significant loss of city revenue.

In 2005, the Texas legislature passed Senate Bill 5, which created a new chapter of the Texas Utilities Code – Chapter 66. One of the provisions of this chapter requires the holder of a state issued certificate of franchise authority (SICFA) to make quarterly franchise payments to each city in which it provides service.  The payment must equal 5% of gross revenues earned by the franchise holder in that city.

Cable service companies that are not holders of a SICFA operate under a franchise granted by a city and are typically required to pay a city up to 5% of its gross revenues as defined by the city’s franchise. A city may review the business records of the cable or video service provider up to 48-months before the most recent franchise fee payment unless city’s franchise agreement sets a shorter period.

More recently, Senate Bill 1087, which passed during the 2011 regular session of the Texas legislature, allowed a cable service provider to terminate all unexpired local cable franchises in the state and seek a SICFA. Cable companies that decided to exercise this option had to notify the Texas Public Utility Commission and each affected city before January 1, 2012.

Why are Some Cities Not Being Paid the Correct Amount?

There are a wide range of issues contributing to a city not being paid correctly. For example, a large cable service provider may have difficulty interpreting different franchise provisions that vary in their definition of “gross revenues.” Based on their interpretation of the franchises, they may omit payments on advertising, home shopping receipts, late fees, installation revenue, equipment rentals, or new services such as high definition television or video-on-demand.  Companies have even failed to include the franchise fee revenue it collects from the customer in the calculation of gross revenues.

Other issues which often arise in franchise fee payment compliance reviews are failure by cable or video service providers to properly code all city streets that are within the municipal boundaries in their customer billing records. It is not uncommon for annexations or streets on the periphery of the city to not be coded correctly and for franchise fees to be paid incorrectly to another government jurisdiction.

Also, as a result of numerous franchise transfers from company to company, errors can be made by changing to different accounting systems and changing personnel. Some reviews have also revealed that a cable service provider’s business office personnel may not have communicated with their accounting personnel that a new service was subject to a franchise fee and many months may go by before the error is discovered.

Steps Your City Should Take

To determine if your city is receiving the correct annual franchise fee payment from cable service companies a city can reasonably determine the amount of franchise fees it should receive by using the following calculation method:

* Determine 68% of number of households in the community; this is the national average of households subscribing for cable television services according to the Federal Communications Commission’s 13th Annual Report to Congress on Video competition, November 27, 2007.

* Multiply number of households subscribing for cable television services by $85.00 per month; this will provide total monthly revenue received by Cable Company for the use of the public rights of ways.

* Annualize monthly revenue received by the Cable Company and then multiply 5.25% of that amount to calculate the total (franchise fee) value of public rights of way for use by a Cable Company.

If you use the formula as provided and your annual franchise fee payments are not reasonably comparable then your city should strongly consider a review.  Most cable service companies have been issued a state franchise and your city should be receiving a 5% franchise fee plus 1% of Gross Revenues in lieu of in-kind compensation and grants for PEG use unless waived by the City.

Cities should review their records to determine when the last franchise fee payment review was conducted. If it has been more than four years, the city should seriously consider conducting a review and be mindful of the statute of limitations.

A review may not only result in recovering underpaid franchise fees but will also correct payments going forward, resulting in possible new sources of revenue. Even small cities that do not have the personnel or expertise to conduct these reviews should consider pooling their resources with other small communities that are served by the same cable or video service provider and perform a joint review.

Local Government Services is a TML Business Service Partner that performs franchise fee payment compliance reviews. For more information about how Local Government Services can help your city and a list of references, contact Tim McGraw at 1-817-980-4516.  To get more information about TML Business Service Partners, visit the TML Web site at www.tml.org/service.asp.